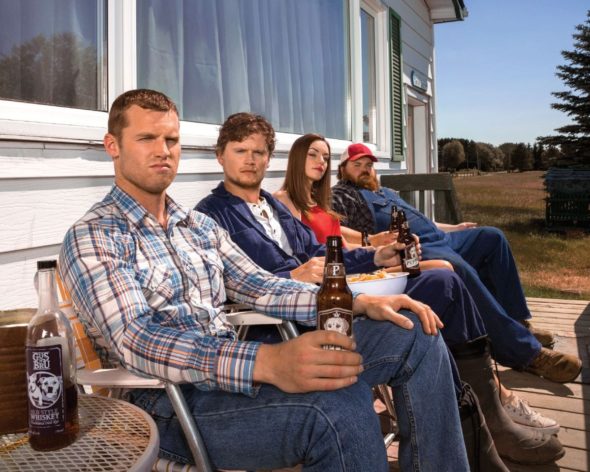 Letterkenny is returning to Hulu with its 11th season next month. The streaming service has announced the premiere date and released a brief teaser trailer. It’s unclear how many episodes have been created this time around. Past seasons have typically had six or seven installments each.

The comedy series originates in Canada and launched in 2016. It was created by Keeso and developed and written primarily by Keeso and Jacob Tierney. The latter has directed all of the episodes to date.

Hulu teased the following with the release of the teaser:

The residents of Letterkenny belong to one of three groups: the Hicks, the Skids, and the Hockey Players, who are constantly feuding over seemingly trivial matters that often end with someone getting their ass kicked. In Season 11, the small town contends with the best chip flavors, lost dogs, an influencer invasion, Skid business, a mystery at the Church Bake Sale, unwanted guests at beer league, and the Degens stirring up trouble. And that’s just for starters. Watch Letterkenny on Hulu.

Season 11 debuts on December 26th on Hulu. Check out the teaser for Letterkenny season 11 below.

What do you think? Are you excited to see new episodes of Letterkenny on Hulu next month?