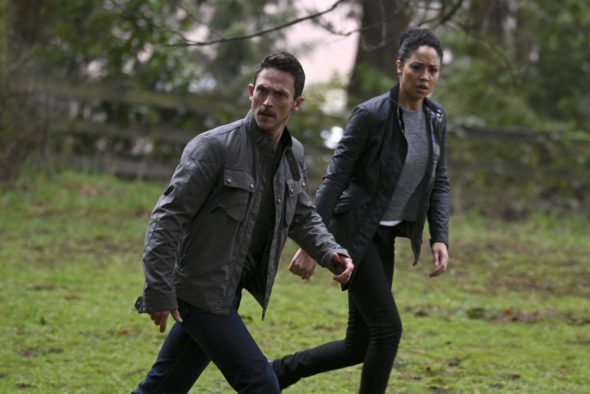 Debris now has its premiere date and will arrive on NBC in March. The cast of the sci-fi series includes Jonathan Tucker, Riann Steele, Norbert Leo Butz, and Scroobius Pip, and it follows a pair of agents as they investigate the crash of an alien spacecraft. J.H. Wyman is both creator and showrunner for the upcoming series.

NBC revealed more about Debris in a press release:

“When wreckage from a destroyed alien spacecraft scatters across the Western Hemisphere, it soon becomes apparent the pieces are messing with the laws of physics, changing lives in ways we can’t comprehend. Two agents from different continents, and different mindsets, are tasked to work together to recover the debris, whose mysteries humankind is not quite ready for.”

Debris will premiere on March 1st at 10 PM. Check out the trailer for the new sci-fi drama below.

What do you think? Are you planning to watch the new Debris TV show on NBC?

Who played the guy that sold the debris to Anson Ash in the hotel room? I know he is a popular guy, but I’m struggling to remember. He doesn’t show up in any of the cast listings…

we’ll see, if they focus on the “alien” story, and NOT turn it into a soap opera focusing more on the “personal” lives of the agents, it might be ok, once they go the way of soaps, stories like these start to falter and suck, guess we will know by episode 4-5 if it will last even 1 season

Yes! Looking forward to the series.

Of course I’ll watch. Hopefully NOT to see it cancelled after one year airs & ends with a cliff hanger. Good scripts & compelling characters are a must.