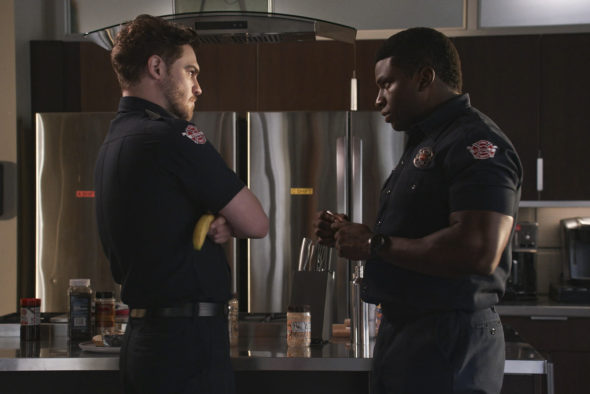 Demascus has its lead. Okieriete Onaodowan (above, right), who recently left ABC’s Station 19 after being a series regular for several seasons, has been cast in the new half-hour comedy series coming to AMC, per The Hollywood Reporter.

AMC revealed the following about the series from Tearrance Arvelle Chisholm:

The series is a character-driven exploration of life as an ordinary Black man in America today. It focuses on Demascus, a 33-year-old Black man who goes on a journey of self-discovery using an innovative new technology that allows him to experience different versions of his own life. The series follows these vivid psychological explorations and also Demascus in his primary reality.”

AMC will announce a premiere date and additional cast later.

What do you think? Are you excited to see Demascus on AMC when it eventually premieres?