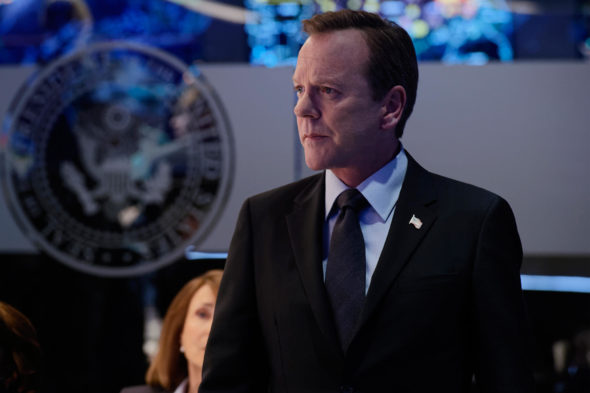 I really loved watching this series. It left a lot of things unanswered, like why was Emily giving an envelope to valeria?????. I love the roll of Hannah wells. Hope they Bring it back.

Just finished watching Designated Survivor series 2 on Sky Box Sets in England. Please don’t tell me that there won’t be a series 3! My family and I love it to pieces. Come on Kiefer. Fight back! We love you and the series! With lots of love and thanks for the wonderful entertainment!!!xxxx

Loved the show. Look forward to it every week. Don’t care what station it is on

Loved the show. I would watch it on any channel. Looked forward it the show eveyweek.

My family loved and looked forward to every episode, I actually purchased Season One and plan to purchase Season Two, I would love to see it continued even if it meant watching on another station !

I love Designated Survivor. Best show ABC put out in a long time. They leave on foolish shows and cancel a action packed show like this. NBC CBS FOX or CW . One of these should pick it up. Not all people get Netflix I would rather see it on a network. Gain ratings and make ABC look like idiots for letting go a good show.

Only show I watched on ABC so would gladly follow it to a different channel.

This was the only show I watched on ABC, so I would gladly watch season 3 on another channel. ABC is foolish not to renew this show !

I would love to more season, I think it is a really great show

I would love to have a couple more seasons

Would love to have a couple more seasons