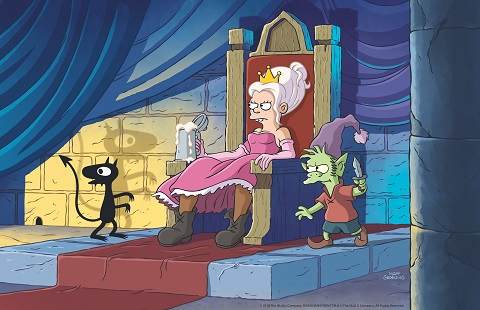 Are you a big fan of Disenchantment? Netflix just announced the premiere date for part of the TV show.

From Matt Groening, the animated series unfolds in the medieval kingdom of Dreamland, which has seen better days. It centers on Princess Tiabeanie, i.e. Bean (Abbi Jacobson), her elf companion, Elfo (Nat Faxon), and her personal demon, Luci (Eric André).

Part two of Disenchantment premieres on Netflix on September 20th.

What do you think? Have you seen Disenchantment? Will you watch the new season?