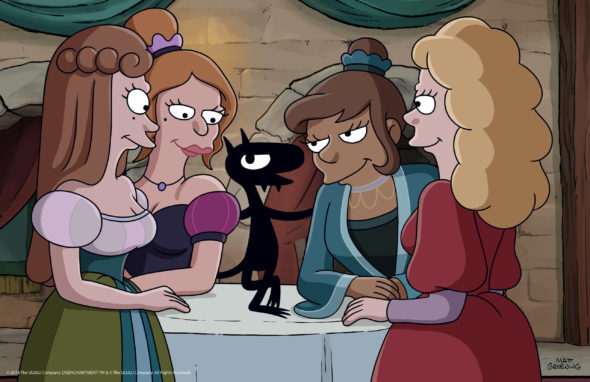 Get ready for the return of Disenhantment. Netflix announnced the return of the animated series with a short teaser this week. An exact premiere date was not revealed, but the series will return with part three in 2020. Two parts made up season one with a total of 20 episodes.

Netflix does not reveal ratings for its programming, but Disenchantment averaged a 9.36 in our viewer voting for its first season.

Check out the teaser for the new season from Netflix below.

What do you think? Are you a fan of Disenchantment? Will you watch part three?