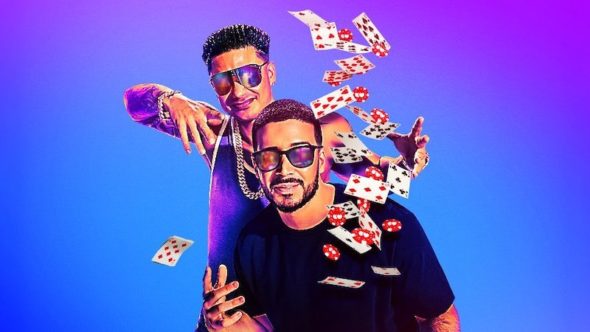 Double Shot at Love is returning for a third season on MTV, and the new season will focus on Vinny Guadagnino and his search for love. DJ Pauly D, his friend from Jersey Shore Family Vacation, and DJ’s love, Nikki, will be on hand to help. The new season will air later this year, but a premiere date has not yet been set.

MTV revealed more about the renewal of Double Shot at Love in a press release.

“MTV today announced that the popular dating competition show Double Shot at Love, which was #1 in its time period, has been renewed for a third season. Following two wildly successful seasons that helped find love for DJ Pauly D, the beloved Jersey Shore Family Vacation bromance returns to find the perfect match for the ultimate bachelor, Vinny Guadagnino.

Slated to premiere later this year, Double Shot at Love finds Vinny back on the dating scene. After seeing first-hand how DJ Pauly D and Nikki found love on the show, Vinny is ready for his shot at love again – but he won’t be alone on his journey. Although DJ Pauly D is officially off the market, he and new love Nikki will be by his side every step of the way, guiding Vinny towards finding his own happiness . Will the one-two punch of DJ Pauly D and Nikki help Vinny land the perfect match? Whether he finds love or not, one thing is for sure… things are bound to get awk-ward!”

What do you think? Are you a fan of Double Shot at Love on MTV? Do you plan to watch season three later this year?