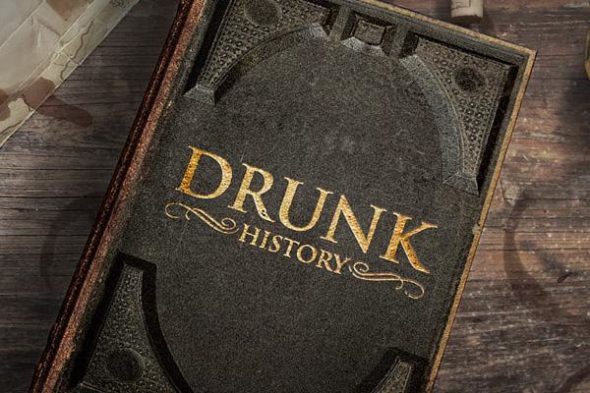 Drunk History has been cancelled by Comedy Central, but series creator Derek Waters is hoping to find a new home for the comedy TV show. The series was already in pre-production for season seven with many narrator interviews already recorded when COVID-19 forced a shutdown

According to Deadline, Waters said the following about the Drunk History cancellation:

“It’s an unfortunate reality that there won’t be another season,” he said. “We were halfway through Season 7 and we abruptly stopped for obvious reasons of COVID, and unfortunately we’re told we’re not coming back.

We’re also very excited to have done what we’ve done and thankful for the time that we had at Comedy Central.”

He also said that “maybe Drunk History will go somewhere else.” Fans will need to wait and see if that happens. In the meantime, Waters has an overall deal with Comedy Central. and is writing a new show.

What do you think? Are you a fan of this series? Do you want Drunk History to find a new home and return someday?

I really hope Drunk History finds a new home. I learned more history watching this show than I ever did in school and I was an AP history student!

So hope he is able to find another home for it… maybe a streaming service like netflix or something where considering the premise of drunk people, they don’t have to worry about censoring anything. As “silly” as the premise is, I enjoy it as a former history major for both the high brow and low brow humour it has!

I need to learn more history from drunk people. It’s the only way I can learn

I really liked this series. I learned a lot about history while laughing