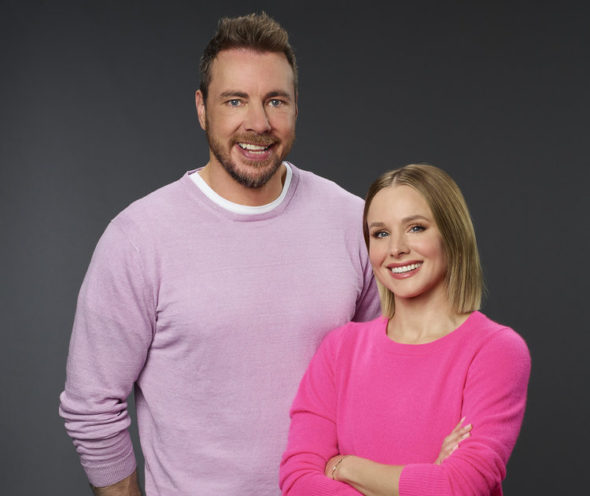 Kristen Bell and Dax Shepard still have some games to play. Though the NBC show has essentially been cancelled, there are still two new episodes of the Family Game Fight! TV series yet to come.

A competition series, Family Game Fight! was inspired by Bell and Shepard’s antics on The Ellen DeGeneres Show. The show pits the husband and wife against one another as they are “adopted” into a family of four (actual family members or groups of friends) competing in a series of fun-filled and larger-than-life games. They include “Between the Sheets,” “Pie Rollers,” “Sound Bites,” “Taste Buds,” “Air Heads,” “Nosy Neighbors,” “Deep Dish Dash,” and “Brain Freeze.” The winning family then plays a bonus game called “Spin Cycle”. On a revolving platform, Bell and Shepard describe different words in various ways for the family members to guess. Each correct answer is worth $10,000 and the family can win up to $100,000.

Airing last summer, eight episodes of the first season of Family Game Fight! averaged a 0.47 rating in the 18-49 demographic and 2.42 million viewers in the live+same day ratings (including DVR playback through 3:00 AM).

Deadline reported that Family Game Fight!, Making It, and America’s Got Talent: Extreme had essentially been cancelled. The competition series could return at some point but there are currently no plans to bring them back for additional seasons.

What do you think? Have you watched the Family Game Fight! TV series on NBC? Will you watch the leftover episodes? Are you disappointed that it hasn’t been renewed for a second season?

This stinks! I liked this show.

At least they are going to air the last two episodes. Wish they didn’t cancel it since it was some good family fun TV.