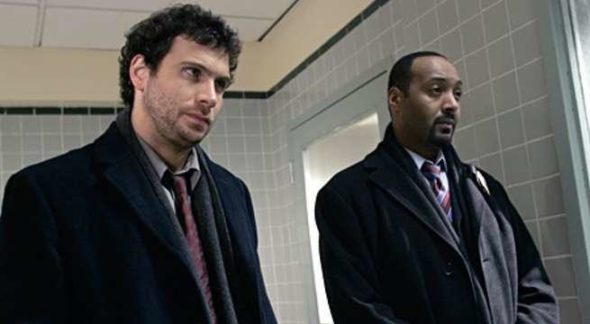 Law & Order returns to NBC in February and former star FBI’s Jeremy Sisto (above, left) has a light-hearted idea about how a crossover between his current and previous series could work. Though they are on different networks, CBS’ FBI crossed over in Spring 2020 with Chicago PD on NBC. It’s already been established that the Chicago shows are in the same universe as the Law & Order franchise.

Sisto said the following about how he envisions a possible crossover between the two Dick Wolf shows, per Give Me My Remote:

“That’d be awesome. I should play both [of my] characters! That would be something…I think it would be great if there was this really weird scene where Jubal was going into the restroom, and he looked up and at the next urinal it was Cyrus and we have some strange scene: ‘Hey, don’t I know you from somewhere?’ I don’t know why we have to be in the men’s room—it just felt like a appropriate place for an absurd moment.”

While Sisto’s plan may be a little far-fetched, it’s worth noting that FBI showrunner Rick Eid is also heading the Law & Order revival. Sisto revealed that executive producer Wolf has mentioned that he’d like to do an FBI and Law & Order: SVU crossover but that hasn’t happened yet.

FBI returns to CBS on January 4th, and Law & Order returns to NBC on February 24th.

What do you think? Do you want to see more Dick Wolf show crossovers someday?

Would love to see a crossover.

If I had to choose any crossover, I would love to see Vic Mackey/ Michael Chiklis of The Shield on Chicago PD.

I would love to see this type of crossover.

I’d love to see FBI and Law & Order crossover. I love both shows!