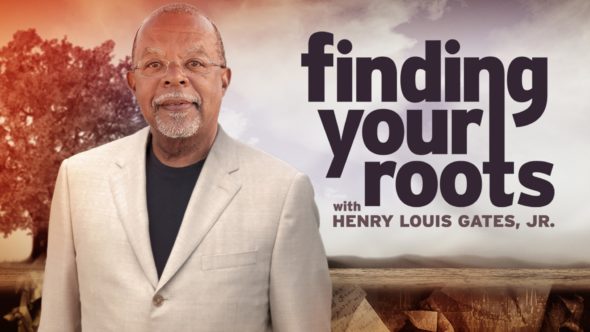 Finding Your Roots is returning to PBS for a ninth season. The network has released a trailer teasing the return of the genealogy series featuring scholar Henry Louis Gates Jr. The 10-episode season will feature 21 celebrities learning about their ancestry.

PBS revealed more about the series’ return in a press release.

“Renowned scholar Dr. Henry Louis Gates, Jr. returns for an all-new season of FINDING YOUR ROOTS. Over the course of ten episodes, Gates uses genealogical detective work and cutting-edge DNA analysis to guide twenty-one influential guests through the branches of their family trees. Uncovering buried secrets and inspiring stories of long- forgotten ancestors, the new season will premiere January 3, 2023 on PBS, and stream on PBS.org and the PBS Video app.

At the center of it all, guiding every discovery, is host and executive producer Henry Louis Gates, Jr., the Alphonse Fletcher University Professor and director of the Hutchins Center for African & African American Research at Harvard University.

Gates remarks, “I am deeply proud of this series – and especially this season. I think it is so important today to show what we have in common, as Americans, and as human beings, despite our apparent differences. The stories we find in our guests’ family trees demonstrate – repeatedly – that we are a fundamentally blended nation that draws strength from our diversity.”

Assembling the extensive family trees and ancestral narratives alongside Dr. Gates are DNA expert CeCe Moore (chief genetic genealogist for Parabon Nanolabs and host of ABC’s “The Genetic Detective”) and genealogists Nick Sheedy and Kimberly Morgan, who together have solved hundreds of mysteries and reconnected innumerable lost relatives over the past two decades.

The public can explore and share their family histories via social media using the hashtag #FindingYourRoots on Facebook, Twitter and TikTok, via Facebook.com/FindingYourRootsPBS and @HenryLouisGates, and on the series companion site, pbs.org/FindingYourRoots.

Corporate support for FINDING YOUR ROOTS WITH HENRY LOUIS GATES, JR., Season Nine is provided by Ancestry and Johnson & Johnson. Major support is provided by the Corporation for Public Broadcasting. Support is also provided by Ford Foundation, Candace King Weir and by The Inkwell Society and its members.

An electronic press kit for FINDING YOUR ROOTS WITH HENRY LOUIS GATES, JR., Season Nine, including downloadable photos for promotional use, is available on PBS Pressroom.”

Check out the trailer for Finding your Roots season nine below.

What do you think? Are you a fan of this PBS series? Are you looking forward to its return in 2023?

There are so many variations of this genealogy show type floating about, and somehow this one is utterly devoid of heart or soul or entertainment. One might suggest its too American, but then WDYTYA started off there and it manages to be so much more watchable than this show.

This is such a great show and I’m glad they’re coming back for another season.

love this show, thanks