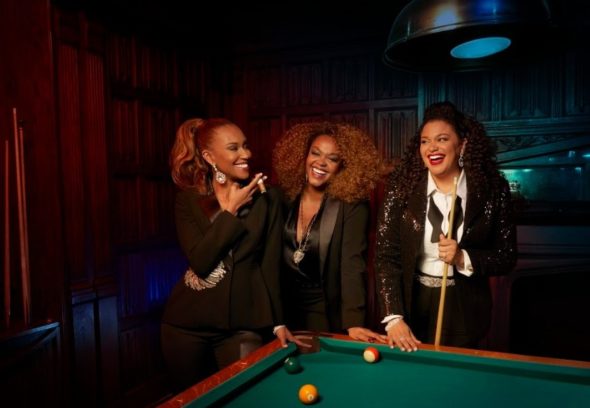 First Wives Club is getting ready for its second season on BET+. The streaming service has announced a summer premiere date for the series which stars Ryan Michelle Bathe, Jill Scott, and Michelle Buteau.

BET+ revealed the following about the plot of the series for season two:

“The pressures of new jobs and news loves are introduced in the second season of the FIRST WIVES CLUB as Bree and Gary deep dive into rekindling their marriage, which is complicated by Bree’s big promotion and the introduction of a  sexy hospital administrator. Meanwhile, Ari struggles with trying to balance working in Los Angeles temporarily and her long-distance relationship with David as he’s busy fulfilling his first term as State Senator. After starting her own record label, Hazel attempts to sign her first artist while returning from her world tour with a sexy plus one. At Ari’s request, Hazel and Bree welcome a new friend, Jayla, into their clique. Season two finds the newly minted quartet navigating the pressure of their professional lives and evolving romantic relationships through the enviable bonds of their friendship.   The 10-episode, half-hour, scripted series is executive produced and written by Tracy Oliver and based on the popular 1996 film of the same name.”

What do you think? Are you a fan of First Wives Club on BET+? Do you plan to watch season two?

I love a happy ending especially with women doing what they do proving they can handle their own. We will always love cherish and need our men but business is businesses. Started out kinda boring but that ending was awesome

Funny. They keep renewing these bombs, and we’re led to believe it’s out of love for the entertainment?