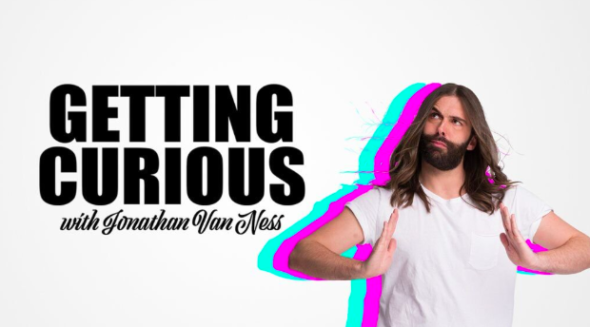 Getting Curious with Jonathan Van Ness is headed to Netflix later this month, and the streaming service has released a trailer teasing the new unscripted series hosted by one of the stars of Queer Eye. The sixth season of the latter series premiered on December 31st.

Getting Curious will follow Van Ness as he explores topics that he wants to know more about. Van Ness has been hosting a weekly podcast of the same name since 2015.

“Getting Curious with Jonathan Van Ness is an unabashedly smart and quirky exploration into topics and questions that make Jonathan curious. From skyscrapers to bugs, or from gender identity to snacks, each episode follows Jonathan as he meets with experts in various fields to uncover complexities in a wide range of subjects.”

The six-episode season arrives on January 28th. Check out a trailer for Getting Curious with Jonathan Van Ness below.

What do you think? Are you planning to check out Getting Curious with Jonathan Van Ness on Netflix later this month?

Mystified – Netflix used to do some good content when it started. Regrettably now, its basically just become a repository for c list talent and mediocre writing. Here is another show hosted by a wanna be celebrity/designer/whatever that no one asked for. Will someone please apply to work at Netflix that brings writing ability and credibility in creating entertainment.