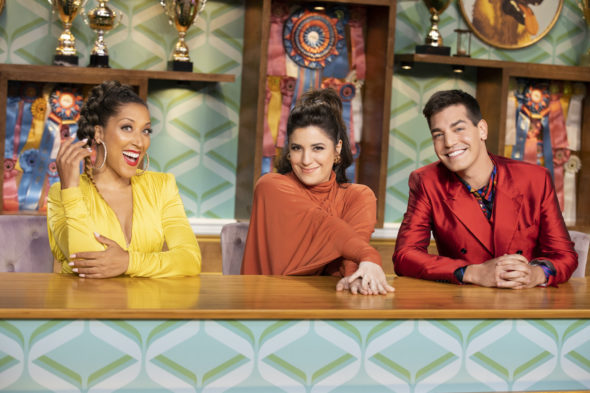 Haute Dog is coming soon to HBO Max. The dog grooming competition series, hosted by Matt Rogers, will premiere later this month. It has been revealed that Robin Thede and Jess Rona will judge the competitors on the upcoming TV show.

HBO Max revealed more about the new competition series in a press release.

The most adorable competition series ever created, each episode features three dog groomers facing off over two rounds. Rogers provides comedic commentary as Rona leads the judging panel with her extensive knowledge of breeds and proper grooming techniques, with Thede serving as “haute” expert evaluating the outrageous and jaw-dropping transformations. The judges determine who wins Best in Show, with the lucky groomer walking away with $10,000 and a first place rosette. Rona’s coffee table book Groomed and social platforms, including her signature slo-motion blow dry videos, inspired the series.

Jax Media completed production of the series over four weeks this summer in Simi Valley following full union guidelines and COVID protocols, with zero positive results from cast, crew and producers. Tests were conducted regularly across four weeks of production from load in to strike.”

What do you think? Are you planning to check out Haute Dog on HBO Max later this month? Do you think that it will be a success?