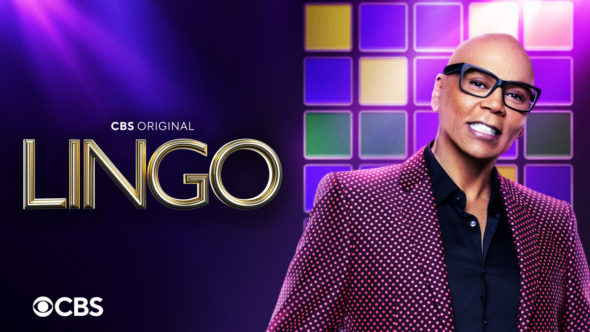 The Lingo game show first premiered in 1987 and has been revived several times over the years to varying success. The most popular version, hosted by Chuck Woolery, ran for six seasons on GSN. Will this network version have a long run too? Will Lingo be cancelled or renewed for season two on CBS? Stay tuned.

A word-guessing game show, the Lingo TV series is the latest incarnation of a format that was introduced in 1987. Hosted by RuPaul Charles, this newest version features four teams of two contestants. Two teams compete against each other in multiple rounds of word-guessing games of varying length and difficulty to build up a bank of prize money. By the end, only two of the four teams remain, and each has its own bank of money. In this last part of the game, the two remaining teams have two minutes each to guess as many five and six-letter words as possible. The winning team of the showdown takes home both teams’ banks and an additional $50,000.

What do you think? Do you like the Lingo TV series on CBS? Should it be cancelled or renewed for a second season?

Mumma ru might be able to fix bad makeup and a terrible wig, but she sure as heck isn’t going to solve the problem with this boring as bat s**t show…. its simply terrible, and the prizes are the worst. Ru, get yourself back to WOW and your own shows, stop trying to branch out, you found you place, now stay and do what you do best… making drag shows. You are no funny outside of doing those shows (sorry is that a news flash), and youre acting is well, shall we say mediocre, but in the drag space, honey,… Read more »