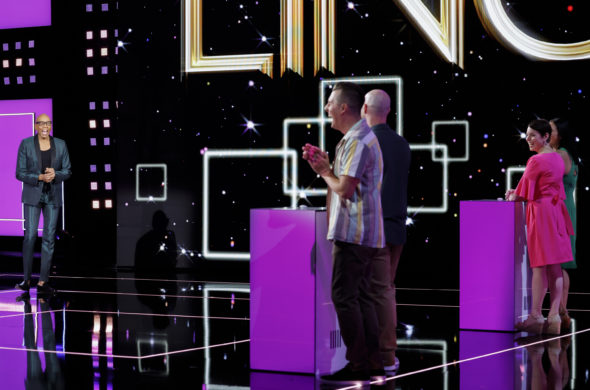 Simple words can be worth lots of cash in the first season of the Lingo TV show on CBS. As we all know, Nielsen ratings typically play a big role in determining whether a TV show like Lingo is cancelled or renewed for season two. Unfortunately, most of us do not live in Nielsen households. Because many viewers feel frustrated when their viewing habits and opinions aren’t considered, we invite you to rate all of the first season episodes of Lingo here.

A CBS word-guessing game show, the Lingo TV series is the latest incarnation of a format that was introduced in 1987. Hosted by RuPaul Charles, this newest version features four teams of two contestants. Two teams compete against each other in multiple rounds of word-guessing games of varying length and difficulty to build up a bank of prize money. By the end, only two of the four teams remain, and each has its own bank of money. In this last part of the game, the two remaining teams have two minutes each to guess as many five and six-letter words as possible. The winning team of the showdown takes home both teams’ banks and an additional $50,000.

What do you think? Which season one episodes of the Lingo TV series do you rate as wonderful, terrible, or somewhere between? Do you think that Lingo should be cancelled or renewed for a second season on CBS?