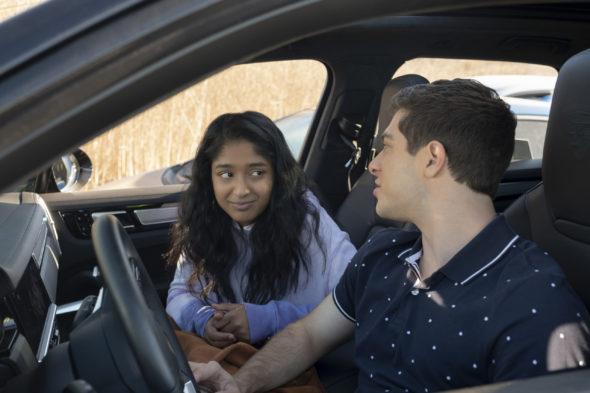 Never Have I Ever is adding to its cast for season two. Megan Suri is joining Maitreyi Ramakrishnan (above, left), Poorna Jagannathan, Richa Moorjani, Jaren Lewison, Darren Barnet, Ramona Young, Lee Rodriguez, and John McEnroe on the Netflix series. Suri previously appeared on  ABC’s Fresh Off the Boat.

The series follows Devi (Ramakrishnan) as she deals with high school life after the recent death of her father.

Deadline revealed the following about the casting addition to Never Have I Ever:

“She is set to play Aneesa, a new Indian student at Sherman Oaks High, whose confidence and radiance will pose an immediate threat to Maitreyi Ramakrishnan’s Devi.”

A premiere date for season two of the Netflix comedy has not been set.

What do you think? Are you a fan of Never Have I Ever? Do you plan to watch season two on Netflix?