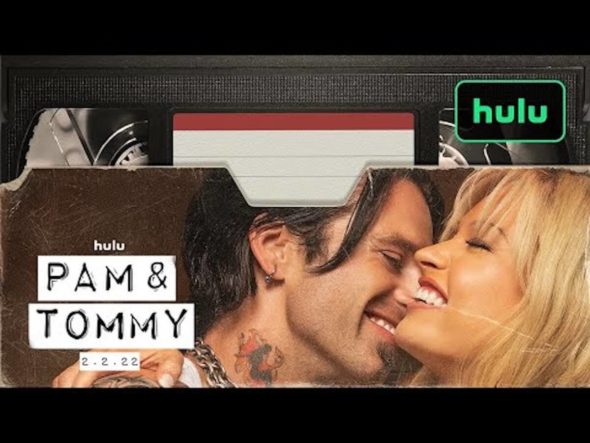 TV show description:
A biographical drama series, the Pam & Tommy TV series was created by Robert Siegel and is based on the “Pam and Tommy: The Untold Story of the World’s Most Infamous Sex Tape” article in Rolling Stone by Amanda Chicago Lewis.

Set in the mid-1990s and the early days of the Internet, the story revolves around the relationship between actress Pamela Anderson (James) and Mötley Crüe drummer Tommy Lee (Stan) and their infamous sex tape.

Stolen from the couple’s home by a disgruntled contractor (Rogen), the video went from underground bootleg-VHS curiosity to full-blown cultural obsession when it hit the Web in 1997. A love story, crime caper, and cautionary tale rolled into one, the series explores the intersection of privacy, technology, and celebrity. It traces the origins of our current Reality TV Era to a stolen tape seen by millions but meant to have an audience of just two.

What do you think? Do you like the Pam & Tommy TV show? Do you think it should have ended or continued for a second season somehow?