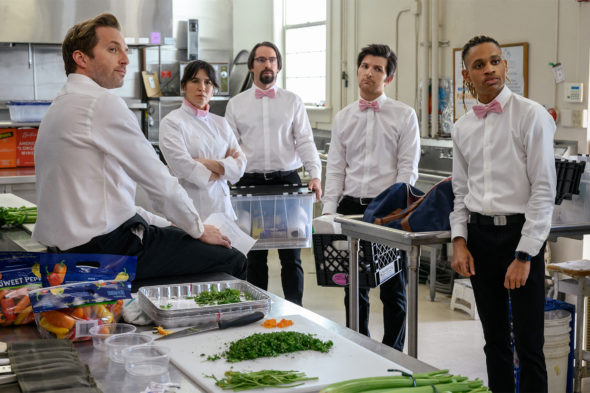 Party Down is returning to Starz next month, and the cable channel has released the first photos for the comedy series revival. Featuring Adam Scott, Jane Lynch, Ken Marino, Martin Starr, Ryan Hansen, and Megan Mullally, the third season of the series picks up with the members of the catering team 10 years after end of season two.

Jennifer Garner, Tyrel Jackson Williams, Zoë Chao have joined the series’ regular cast, and James Marsden will recur. There will be six episodes.

Starz revealed more about the revival in a press release.

STARZ today released first-look images from the highly anticipated third season of “Party Down.” Season three of the cult hit comedy series is set to premiere on Friday, February 24 at midnight on the STARZ app, all STARZ streaming and on-demand platforms and internationally on the LIONSGATE+ premium streaming platform in the UK, Brazil and Latin America. On linear, it will debut on STARZ at 9:00 PM ET/PT in the U.S. and Canada. The third season will consist of six new episodes.

Ten years later, most of the Party Down catering team have moved on, including actor/bartender Henry Pollard (Adam Scott, “Severance,” “Parks and Recreation”). After a surprise reunion, the gang find themselves once again stoically enduring the procession of random parties and oddball guests all over Los Angeles.

The first two seasons of “Party Down” debuted on STARZ in 2009 and 2010, respectively. Both seasons remain available on STARZ and for download or streaming via the STARZ app.

Check out more photos from the Party Down revival below. 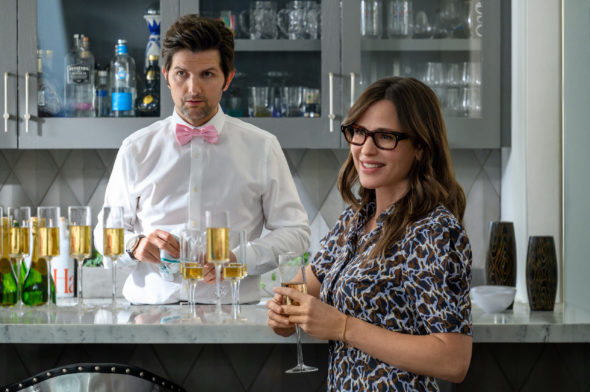 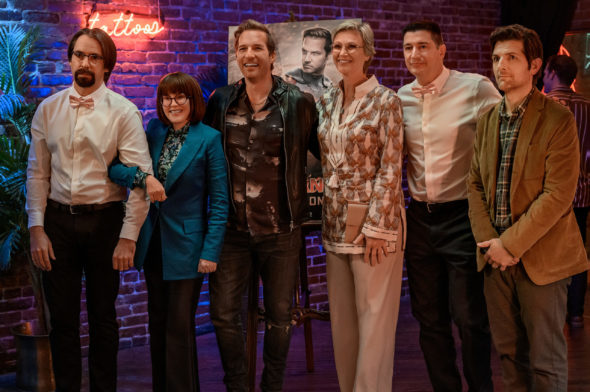 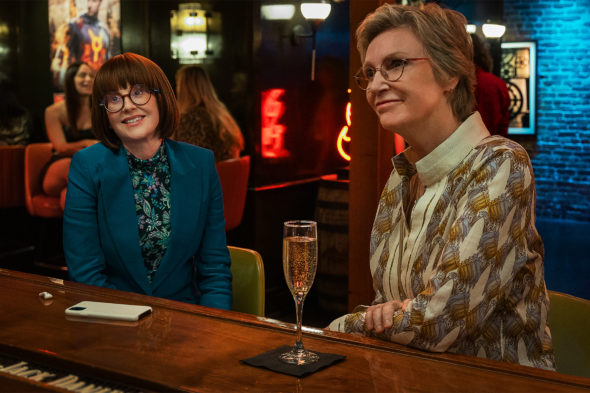 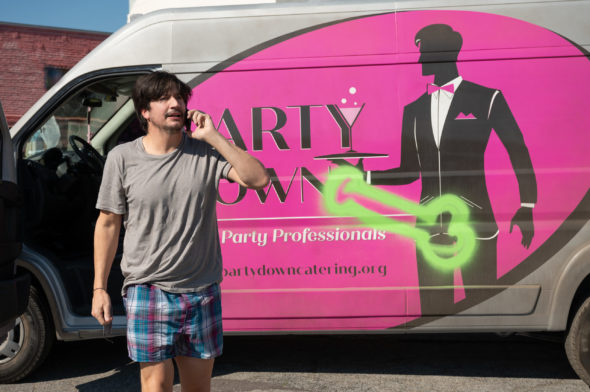 What do you think? Are you excited to see the return of Party Down on Starz? Have you seen the first two seasons?

Haven’t Heard this name 15 years now out of the blue coming back .