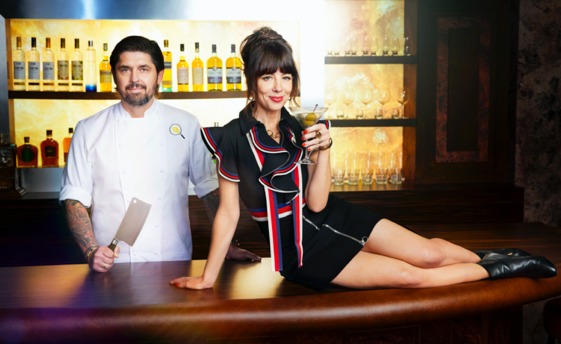 Rat in the Kitchen will not return for a second season. TBS has cancelled the competition series described as a cross between The Masked Singer and Hell’s Kitchen. Natasha Leggero and celebrity chef Ludo Lefebvre host the series, which premiered in March 2022 and ran for 10 episodes.

The competition series is a game of high-stakes cat and mouse where viewers get to play detective. In each episode of this comedic cooking whodunnit, a mix of professional chefs and passionate home cooks compete in a series of creative cooking challenges, earning cash in their bank for every dish that impresses judge Lefebvre. But they’ll have to avert the meddling of an undercover rat determined to sabotage the dishes and undermine their chances at victory.

Kathleen Finch, Chairman and Chief Content Officer of Warner Bros. Discovery’s U.S. Networks Group, said the following about canceling the TBS series during a talk in Austin, Texas, per Deadline: “We decided not to do more Rat in the Kitchen. It is a great show, but we now have Food Network and Cooking Channel in the [Warner Bros. Discovery] family, so it doesn’t really make sense to spread the peanut butter so thin from a content perspective.”

It sounds like production costs may also have been a factor. When asked about the difference between the costs of the Turner network shows and Discovery channel ones, she added, “We do a lot of competition shows on Food Network for a much better price point and we make them in a way that that enables them to repeat. It’s kind of a nuanced difference.”

What do you think? Did you watch Rat in the Kitchen? Did you want to see a second season of the series on TBS?