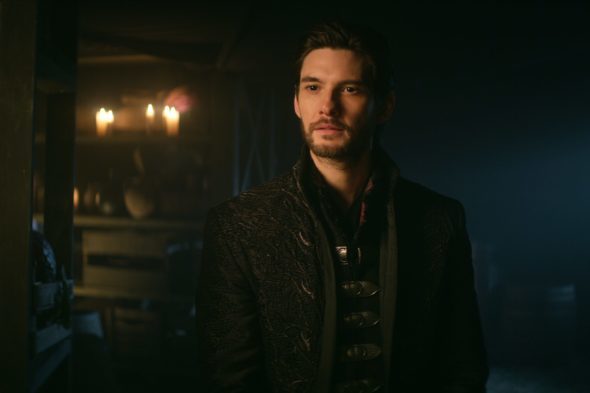 Shadow and Bone will return to Netflix in 2023, and viewers are getting their first look at the upcoming second season. Actors Lewis Tan, Anna Leong Brophy, and Jack Wolfe are joining Freddy Carter, Amita Suman, Kit Young, Ben Barnes, Danielle Galligan, and Calahan Skogman in the fantasy series which is based on the novels by Leigh Bardugo.

Season two wrapped production in June, and the cast shared a video on social media at that time.

that’s a wrap on Season 2 of SHADOW AND BONE

the cast recorded a special message to help tide us over #GeekedWeek pic.twitter.com/f5Eznl8nwD

Shadow and Bone is set in a war-torn world where lowly soldier and orphan Alina Starkov (Mei) has just unleashed an extraordinary power that could be the key to setting her country free. With the monstrous threat of the Shadow Fold looming, Alina is torn from everything she knows to train as part of an elite army of magical soldiers known as Grisha. But as she struggles to hone her power, she finds that allies and enemies can be one and the same and that nothing in this lavish world is what it seems. There are dangerous forces at play, including a crew of charismatic criminals, and it will take more than magic to survive.

A premiere date will be revealed later. Check out the teaser for Shadow and Bone season two below.

What do you think? Are you excited about the return of Shadow and Bone? Have you watched the first season of this Netflix series?