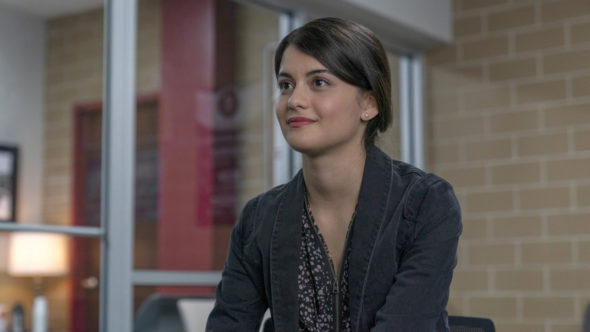 Sofia Black-D’Elia has a new gig. Fresh off her time on Showtime’s Your Honor drama series (above), the actress has been set to star in Single Drunk Female, a new Freeform mother-daughter comedy series. Black-D’Elia previously co-starred in The Mick, FOX’s cancelled comedy series, as one of the kids under Kaitlin Olson’s care.

The Single Drunk Female series comes from 20th Television and is written and created by Simone Finch (The Connors), who will executive produce along with Jenni Konner (Camping, Girls), Phil Traill (Good Girls), and Nora Silver. Leslye Headland (Russian Doll and Star Wars: The Acolyte) directed and executive produced the pilot.

The Freeform cable channel has ordered 10 episodes. A premiere date has not yet been set.

What do you think? Do you like the sound of this new comedy series? Do you plan to check out Single Drunk Female on Freeform?

I am looking forward to watching this! I liked her character on The Mick, so I can only imagine how she is going be on this new comedy playing a drunk lol. I hope this show will premier very soon on air.

Loved her in The Mick, didn’t see Your Honor. Looking forward to watching this.