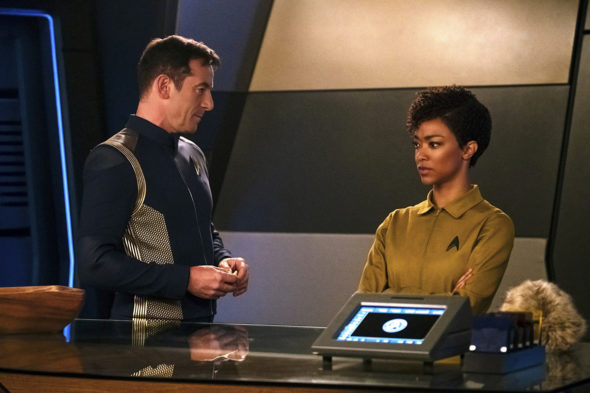 What do you think? Which first season episodes of the Star Trek: Discovery TV series do you rate as wonderful, terrible, or somewhere between? Should CBS All Access cancel or renew Star Trek: Discovery for a second season? Don’t forget to vote, and share your thoughts, below.

*10/23/17 update: CBS All Access has renewed Star Trek: Discovery for a second season.

Wow! After watching ‘Star Trek: Discovery’ a few times, I have actually stopped watching it now because of the dark themes in the show. Too much dark sets with hardly any no lighting. Negative or dark themed shows now, and it began to feel like a program of negative energy. Like some of the TV shows staring firemen and police helping people, suddenly now their shows are turning graphic and dark where I do not want to watch them either anymore. So, I am now changing my comment to what happened to the Light in the movies and TV shows?… Read more »

Great Show! Love Star Trek Discovery. All of the characters are great! My wife and I Love all of them and also the way they interact with each other. Love space shows that look realistic too. Do not cancel. Have missed The Orville since it left for HULU or some other internet hub to buy movies. Thank you for a great show! Peace, Marc