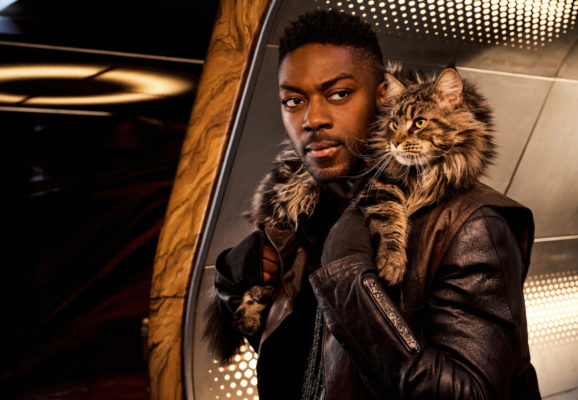 A CBS All Access sci-fi adventure series, the Star Trek: Discovery TV show stars Sonequa Martin-Green, Doug Jones, Anthony Rapp, Mary Wiseman, Wilson Cruz, and David Ajala. A prequel to the original Star Trek series, the drama follows the crew of the USS Discovery which represents the interstellar government known as the United Federation of Planets (UFP). Season three picks up after the ship’s trip into a wormhole. The crew finds themselves in the 32nd century, some 930 years into the future, far from the home they once knew. Now living in a time filled with uncertainty, the USS Discovery crew, along with the help of some new friends, must work together to restore hope to the Federation.

*10/17/20 update: Star Trek: Discovery has been renewed for a fourth season on CBS All Access.

show is a little boring, not surprised its a “hit” im sure it will be renewed for a 4th season, maybe even go 5 at least, but most of the characters are boring, including “michael” to me. the “time ump ” is perhaps the stupidest plot so far, one can only hope they return to their own timeline BEFORE seasons end.

Enjoy std will it lasts. Season three is the last season.

In hindsight this comment is a little funny, considering it was posted on the same day Discovery was officially renewed for season 4.