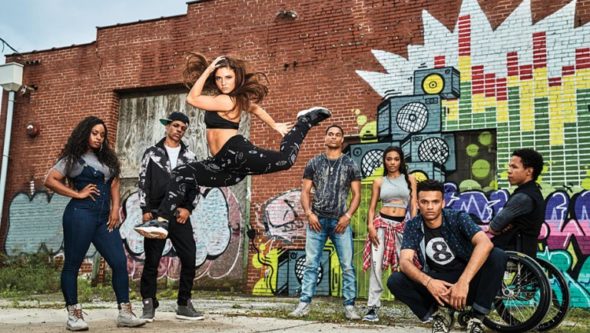 Starz is ready to bust a move. The network just announced they’ve revived the cancelled YouTube TV show Step Up.

Based on the film franchise, the drama series “centers on Sage Odom (Ne-Yo) as the legendary founder of Atlanta’s famed High Water Performing Arts School and Collette (Naya Rivera), his partner in High Water and in life. The upcoming season will see Sage, Colette and their relationship challenged as they face criminal charges, financial ruin and powerful political enemies who want to destroy Sage and High Water.” The show aired on YouTube for two seasons before they cancelled it in 2019.

Starz has ordered 10 episodes for season three of Step Up. A premiere date has not yet been released, but you can read more info below:

Santa Monica, Calif. – May 28, 2020 – Starz, a Lionsgate company (NYSE: LGF.A, LGF.B), today announced it has ordered a new season of the “Step Up” dance drama series from creator and executive producer Holly Sorenson and Lionsgate Television. With a new premium approach, the series will feature many popular characters from previous seasons of the series, while expanding the scope and storytelling as a 10-episode STARZ Original series.

“Holly and her team have created a new and dynamic iteration of the series that captures the hallmarks that have made the ‘Step Up’ franchise so successful and elevates the storytelling for the premium, global audience,” said Christina Davis, President, Original Programming for Starz. “This, coupled with the worldwide appeal of the multi-talented, multicultural cast, will make this series a great addition to our slate.”

“The latest installment of ‘Step Up’ not only reimagines the entire franchise but is filled with high energy, lots of heart and electrifying dance moves, and we’re very excited to reunite the talented cast and creative teams for another great season,” said Lionsgate Television Group Chairman Kevin Beggs. “This collaboration underscores our ability to work successfully across our businesses to supply premium content to STARZ.”

Inspired by the Step Up Lionsgate film franchise that grossed over $600 million at the worldwide box office, the series centers on Sage Odom (Ne-Yo) as the legendary founder of Atlanta’s famed High Water Performing Arts School and Collette (Naya Rivera), his partner in High Water and in life. The upcoming season will see Sage, Colette and their relationship challenged as they face criminal charges, financial ruin and powerful political enemies who want to destroy Sage and High Water.

Tricia Helfer, who joins the series this season will portray “Erin,” alongside stars Ne-Yo and Naya Rivera and returning series regulars including Petrice Jones as “Tal,” Faizon Love as “Uncle Al,” Marcus Mitchell as “Dondre,” Jade Chynoweth as “Odalie,” Carlito Olivero as “Davis,” Terrence Green as “Rigo,” Eric Graise as “King,” and Kendra Oyesanya as “Poppy.”

The series is inspired by the Lionsgate franchise spanning five films: Step Up, Step Up 2: The Streets, Step Up: 3D, Step Up: Revolution and Step Up: All In. The film series also inspired the live music and dance show “Step Up Dubai, All In!” at MOTIONGATE Dubai theme park. The first two hit seasons, which earned a passionate and devoted fan following on the YouTube platform, will be available exclusively on the STARZ App and On Demand prior to the launch of the new season.”

What do you think? Are you a fan of Step Up? Will you watch the Starz revival?