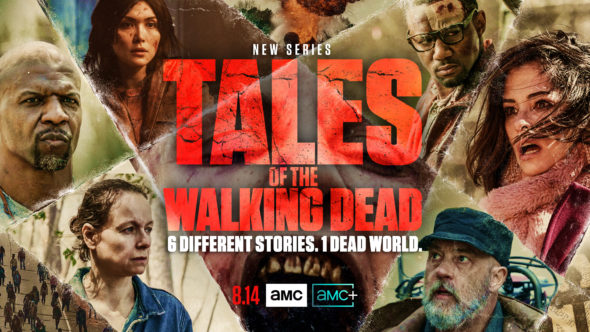 The Walking Dead franchise has done very well for AMC. While it may not be as popular as it once was, it’s still a top draw for the cable channel. This is the franchise’s first anthology series so viewers won’t be following the same characters week after week. Will it be a success? Will Tales of the Walking Dead be cancelled or renewed for season two? Stay tuned.

What do you think? Do you like the Tales of the Walking Dead TV series on AMC? Should it be cancelled or renewed for a second season?

I thought it was pretty good for a start to the new series.