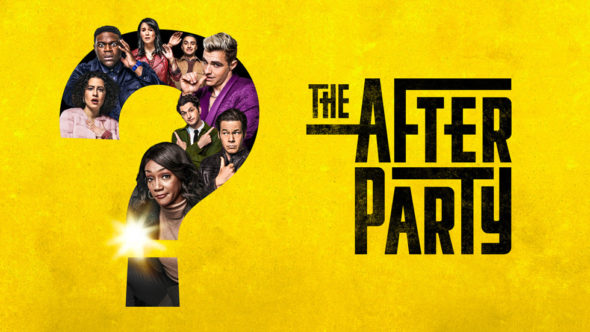 Apple TV+ revealed more about the renewal of the comedy series in a press release.

“Detective Danner, played by Tiffany Haddish, is back on the case! Apple TV+ today announced an early season two renewal of The Afterparty, the broadly acclaimed and hit murder-mystery comedy series from Academy Award, BAFTA and Golden Globe Award winners Chris Miller and Phil Lord, and TriStar TV and Sony Pictures Television. The news arrives ahead of the eagerly anticipated season one finale, which will premiere globally this Friday, March 4, on Apple TV+.

Created and directed by Miller, The Afterparty is a genre-defying series centered on a murder mystery at a high school reunion. Each episode explores a different character’s account of the fateful evening in question, all through the lens of popular film genres and unique visuals to match the storyteller’s perspective. The first season stars comedy greats Haddish, Sam Richardson, Zoë Chao, Ben Schwartz, Ike Barinholtz, Ilana Glazer, Jamie Demetriou and Dave Franco.

In this Friday’s season finale episode, Maggie, an unexpected witness, will emerge to help Detective Danner piece together the true story behind Xavier’s demise.”

What do you think? Are you excited to hear that The Afterparty has been renewed for a second season by Apple TV+?