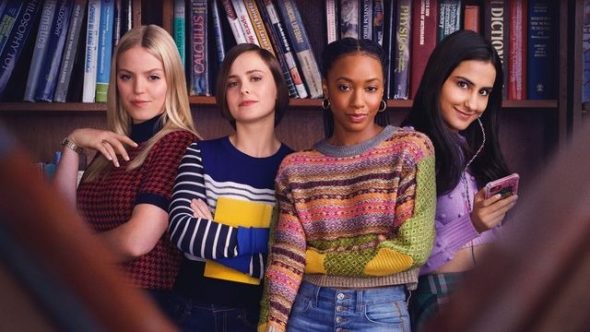 The Sex Lives of College Girls has a second season premiere date. HBO Max announced that the comedy-drama series will return with new episodes on November 17th with the release of a new trailer. There are 10 episodes once again, and two will be released each week.

Created by Emmy(R)-nominated writer/producer Mindy Kaling and Justin Noble, THE SEX LIVES OF COLLEGE GIRLS follows four college roommates at New England’s prestigious Essex College. The new season picks up with the students returning after their Fall break, tackling the challenges thrown their way at the end of season one, and facing their next semester filled with new faces, parties and predicaments.

THE SEX LIVES OF COLLEGE GIRLS is created by Mindy Kaling and Justin Noble. Executive produced by Kaling, showrunner Noble, and Howard Klein, the series is produced by Kaling International and 3 Arts Entertainment in association with Warner Bros. Television.

Check out the trailer for The Sex Lives of College Girls below.

What do you think? Are you excited to see season two of The Sex Lives of College Girls on HBO Max?