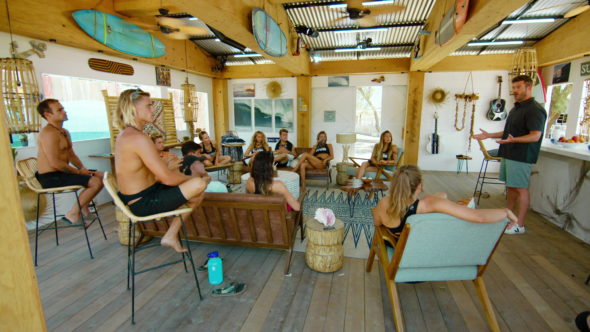 It looks like ABC considers The Ultimate Surfer TV series a wipeout. The alphabet network has cancelled the show so there won’t be a second season. The first season aired last August and September.

Airing on Monday and Tuesday nights, the first season of The Ultimate Surfer averaged a 0.29 rating in the 18-49 demographic and 1.28 million viewers in the live+same day ratings (including DVR playback through 3:00 AM). While these numbers don’t include further delayed or streaming viewing, they are a very good indicator of how a show is performing, especially when compared to others on the same channel. It was the least-watched original series on ABC’s Summer 2021 schedule.

The news was first reported by Deadline.

Check out our ABC status sheet to track the alphabet network’s new series pickups, renewals, and cancellations. You can find lists of cancelled shows here.
What do you think? Have you checked out The Ultimate Surfer TV series on ABC? Are you sorry to hear this competition won’t return for a second season?

One of my favorite shows ever. Very upset this is it returning. Was looking forward to it

Too bad. At least it was something different to watch.