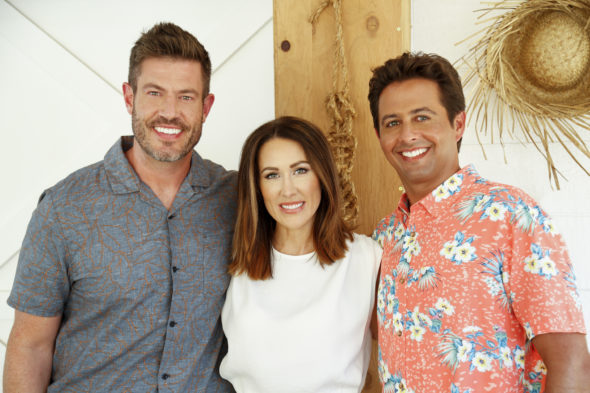 Will this show be a summer hit or a wipe-out? Has The Ultimate Surfer TV show been cancelled or renewed for a second season on ABC? The television vulture is watching all the latest cancellation and renewal news, so this page is the place to track the status of The Ultimate Surfer, season two. Bookmark it, or subscribe for the latest updates. Remember, the television vulture is watching your shows. Are you?

Airing on the ABC television network, The Ultimate Surfer TV show was created by eleven-time surfing world champion Kelly Slater. Former NFL quarterback Jesse Palmer hosts the show with sports anchor Erin Coscarelli and the iconic voice of professional surfing Joe Turpel serving as commentators. The series gathers some of the world’s greatest up-and-coming surfers to train and live together as they battle it out at the World Surf League’s (WSL) state-of-the-art Surf Ranch in Lemoore, California (powered by Slater’s human-made wave technology), in the hope of competing amongst the best athletes in the fast-growing sport. Contestants compete in individual and team challenges focused on specific surfing disciplines. Weekly eliminations leave two men and two women as finalists who vie for the male and female titles of The Ultimate Surfer and the opportunity to compete on the elite WSL Championship Tour, the pinnacle of professional surfing. Surfers competing this season are Anastasia Ashley, Kai Barger, Mason Barnes, Tia Blanco, Austin Clouse, Brianna Cope, Luke Davis, Kayla Durden, Juli Hernandez, Zeke Lau, Alejandro Moreda, Koa Smith, Malia Ward, and Bruna Zaun.

The first season of The Ultimate Surfer averaged a 0.29 rating in the 18-49 demographic and 1.28 million viewers in the live+same day ratings (including DVR playback through 3:00 AM). While these numbers don’t include further delayed or streaming viewing, they are a very good indicator of how a show is performing, especially when compared to others on the same channel. There can be other economic factors involved in a show’s fate, but typically the higher-rated series are renewed and the lower-rated ones are cancelled. Find out how The Ultimate Surfer stacks up against other ABC TV shows.

Will ABC cancel or renew The Ultimate Surfer for season two? ABC has been filling its summer schedule with classic game show revivals and dating series. This is something different but the ratings have been quite low so, I don’t think that it will be renewed. I’ll update this page with breaking developments. Subscribe for free alerts on The Ultimate Surfer cancellation or renewal news.

What do you think? Were you hoping that The Ultimate Surfer TV show would be renewed for a second season? Are you sorry that ABC cancelled this TV series, instead?

We’ve enjoyed watching this show. Knowing nothing about surfing we’ve enjoyed watching something different. It wasn’t really promoted much, which could be the reason for low ratings. Stumbled across it during the second episode while channel surfing and watched all episodes since. Please give the show another season. I particularly like the night surfing.