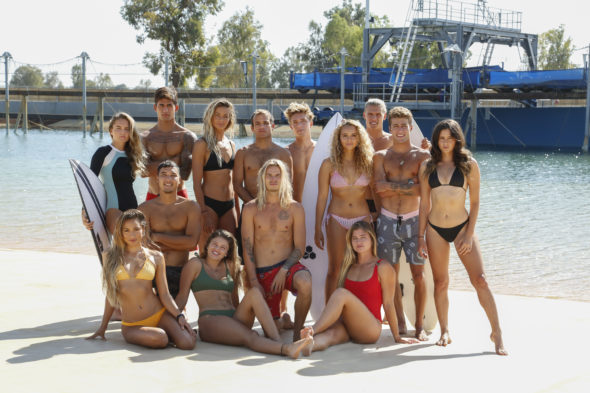 The series gathers some of the world’s greatest up-and-coming surfers to train and live together as they battle it out at the World Surf League’s (WSL) state-of-the-art Surf Ranch in Lemoore, California (powered by Slater’s human-made wave technology), in the hope of competing amongst the best athletes in the fast-growing sport.

Alliances and rivalries are front and center in the show as men and women compete in individual and team challenges focused on specific surfing disciplines. Weekly eliminations leave two men and two women as finalists who vie for the male and female titles of The Ultimate Surfer and the opportunity to compete on the elite WSL Championship Tour, the pinnacle of professional surfing.

Series Finale:
Episode #8 — The Ultimate Surfer
Friendships and alliances built along the way are pushed to the sand as two men and two women meet in the final showdown. Eleven-time surfing world champion Kelly Slater surprises the finalists with a once-in-a-lifetime coaching session, sharing real-time feedback on the wave he created. After a neck-and-neck race at the Final Surf Off, one man and one woman are crowned The Ultimate Surfers, winning $100,000 and the opportunity to compete on the WSL Championship Tour on the season finale.
First aired: September 21, 2022.

What do you think? Do you like The Ultimate Surfer TV show? Do you think it should have been cancelled or renewed for a second season?