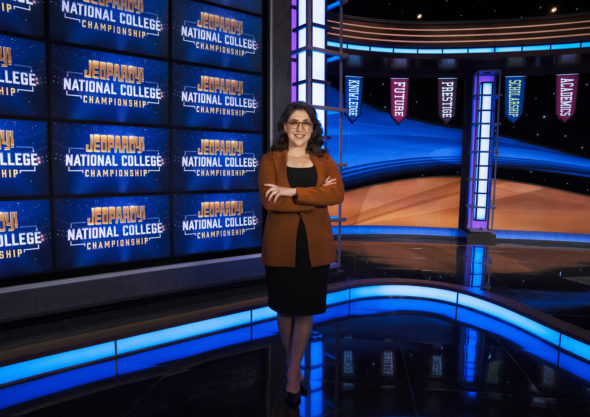 In the show, 36 college or university undergraduates answer trivia questions and compete in one of a dozen quarterfinal matches (two games per hour episode). The winners of each match move on to the four semifinal games. The three players with the highest point scores from those matches then compete in the two-game final in hopes of winning the big cash prize.

What do you think? Do you like the Jeopardy! National College Championship TV show? Do you think it should be cancelled or renewed for another season?