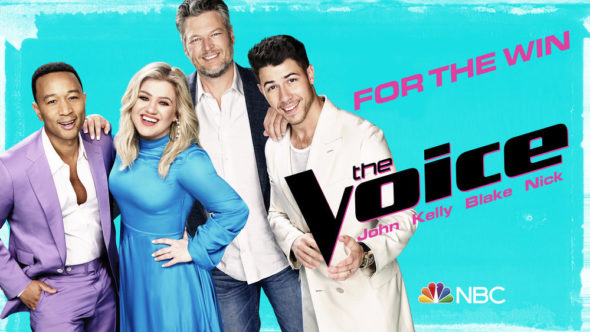 There are a few changes this time around for The Voice. For one thing, Nick Jonas has joined the series as a coach. Secondly, NBC is airing far fewer Tuesday installments than usual. Will these changes affect the ratings or, will it be business as usual? Will the ratings rise or fall? Is The Voice essentially guaranteed to be renewed for season 19? Stay tuned. Status update below.

Note: If you’re not seeing the updated charts, please try reloading the page or view it here.

For comparisons: The Monday editions of season 16 of The Voice on NBC averaged a 1.50 rating in the 18-49 demographic and 8.67 million viewers. The Tuesday editions averaged a 1.22 rating with 8.07 million.

What do you think? Do you like the The Voice TV series on NBC? Should it be cancelled or renewed for a 19th season?

Very disappointed in the final places. There is no way Csm West or Tenisha didn’t win. A country singer always wins snd not because he is the best voice.

I love the voice. But I’m
Still ticked.