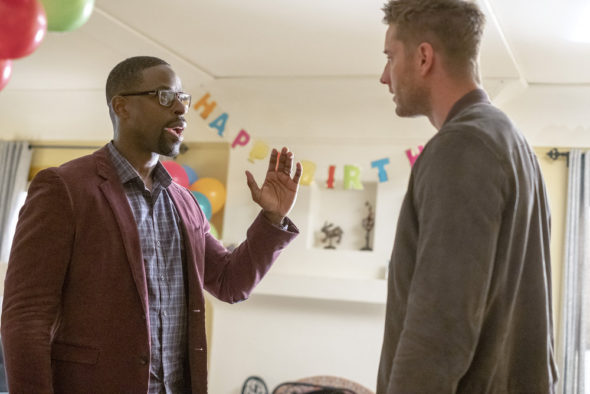 This Is Us already has a fifth season premiere date and now, we know when the cast will likely head back to work. Milo Ventimiglia, Mandy Moore, Sterling K. Brown, Chrissy Metz, Justin Hartley, and Susan Kelechi Watson star in this drama that follows the lives of the Pearson family.

Deadline reported that production on season five will likely start on September 24th, though that date could shift.  The fifth season of the NBC drama will premiere on November 10th. You can see the complete network schedule.

Series creator Dan Fogelman has revealed that This Is Us will include COVID-19 in the new season. The writers have decided to “attack things head on.”

What do you think? Are you a fan of This Is Us on NBC? Will you watch the upcoming fifth season?

Can’t wait for next season(s)!

I love that show and I’m happy its returning.

So happy it is coming back on soon!

Thanks for noticing the typo.