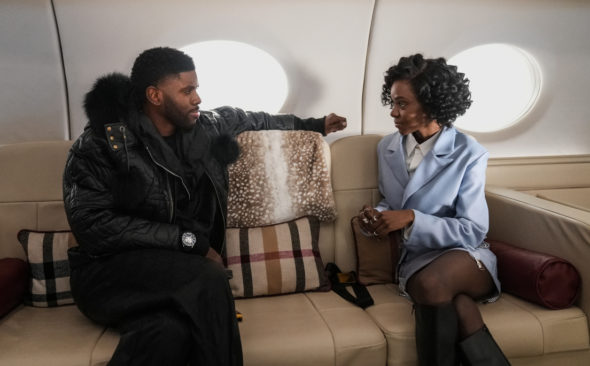 Can Tom uncover the truth about his father’s disappearance in the first season of the Tom Swift TV show on The CW? As we all know, the Nielsen ratings typically play a big role in determining whether a TV show like Tom Swift is cancelled or renewed for season two. Unfortunately, most of us do not live in Nielsen households. Because many viewers feel frustrated when their viewing habits and opinions aren’t considered, we invite you to rate all of the first season episodes of Tom Swift here.

A CW mystery drama inspired by the adventure book series, the Tom Swift TV show stars Tian Richards, Ashleigh Murray, Marquise Vilsón, April Parker Jones Albert Mwangi, and LeVar Burton. As a wealthy and brilliant inventor, Tom Swift (Richards) is a man with the world in the palm of his hand. But that world gets shaken to its core after the shocking disappearance of his father. Tom is thrust into a breathtaking adventure full of mysterious conspiracies and unexplained phenomena. Fortunately, he’s able to rely on his closest companions: best friend and business visionary Zenzi (Murray); bodyguard Isaac (Vilsón), who has feelings for Tom; and Tom’s insightful AI, Barclay (voiced by Burton). At home, Tom’s relationship with his mother Lorraine (Jones) becomes conflicted as she urges him to take his father’s place in elite Black society. Meanwhile, the mysterious and dangerous Rowan (Mwangi) intersects Tom’s path with hidden motivations and undeniable mutual chemistry.

What do you think? Which season one episodes of the Tom Swift TV series do you rate as wonderful, terrible, or somewhere between? Do you think that Tom Swift should be cancelled or renewed for a second season on The CW? Don’t forget to vote, and share your thoughts, below.

I first seen Tom Swift when I was watching an episode of Nancy Drew. I like the character he was strong he was open about who he was. Is first episode short of him screaming name Nathan Lane in The Birdcage!!
that was not the character that I saw in Nancy Drew! he needs to Man up! It’s okay to be who you are like The Bodyguard who saved his life in the server room and still keep a professional demeanor. this character isn’t going to make it to season 2. If he keeps acting this way!

This show will go the same way as Naomi and Batwoman, down the drain. But I’m sure we get a glimpse into high black privilege upper class society too.