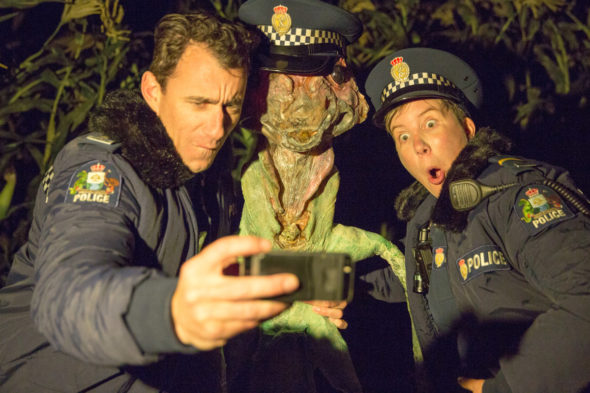 Officers Minogue and O’Leary are back on the case. The CW has picked up season three of Wellington Paranormal. The first two seasons of the New Zealand series aired last year.

While the ratings are relatively small, the series likely doesn’t cost the network much to air. The third season of six episodes debuts on Wednesday, June 22nd.  The fourth and final season has already been produced in New Zealand but The CW hasn’t announced a pick-up as yet.

What do you think? Do you like the Wellington Paranormal TV series? Are you glad that seasons three and four are coming to The CW?

Wellington Paranormal isn’t drop to the floor funny but it is chuckle worthy. It’s not for everybody.