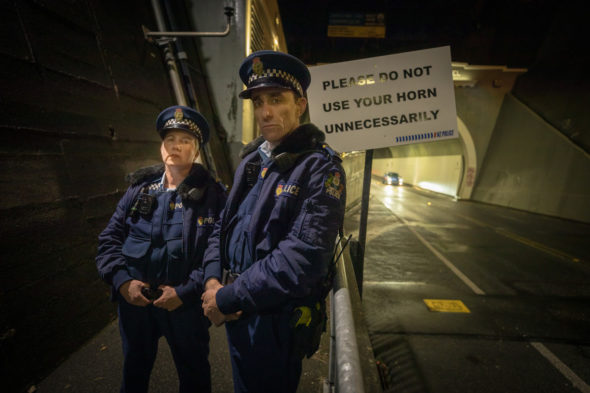 The first season of Wellington Paranormal drew very low ratings for The CW network. However, the show is produced by a New Zealand channel so it likely doesn’t cost The CW much to license. The series has already been renewed for a fourth season in that country but there’s no guarantee that The CW will want to air future seasons. Will Wellington Paranormal be cancelled or renewed for season three? Stay tuned. *Status update below.

9/27 update: You can see the latest night’s ratings in context.

For comparisons: Season one of Wellington Paranormal on The CW averaged a 0.04 rating in the 18-49 demographic and 212,000 viewers in the live+same day ratings.

What do you think? Do you like the Wellington Paranormal TV series on The CW? Should it be cancelled or renewed for a third season?

*4/8/22 update: The CW has picked up the third season of Wellington Paranormal.