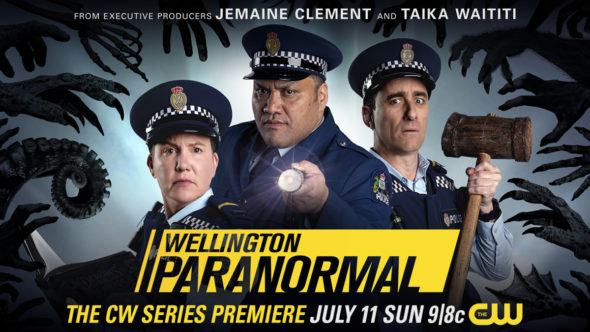 We don’t have to wonder about the future of Wellington Paranormal on The CW at the moment. Season two will begin airing later this summer, on August 15th. The show’s also already been renewed for season three and season four in New Zealand but it’s unknown if The CW will air those episodes. Will Wellington Paranormal be cancelled or renewed in the United States? Stay tuned.

8/9 update: You can see the latest night’s ratings in context.

What do you think? Do you like the Wellington Paranormal TV series? Are you glad that it’s been renewed for a second season on The CW?