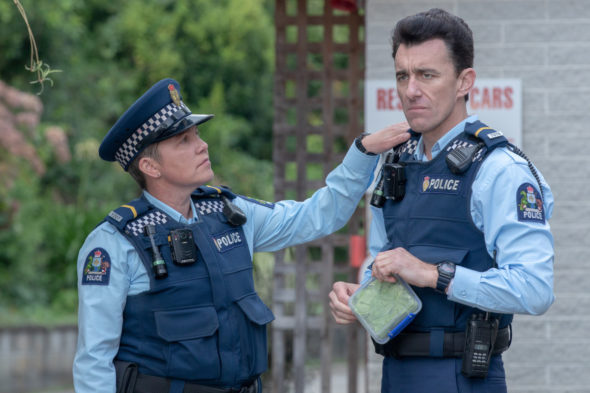 A comedy-horror mockumentary series on The CW the Wellington Paranormal TV show was created by Jemaine Clement and Taika Waititi. The program is a spin-off of the 2014 What We Do in the Shadows film and the TV series that followed. The show stars Mike Minogue, Karen O’Leary, and Maaka Pohatu. The story follows the adventures of Officer Kyle Minogue (Minogue) and Officer O’Leary (O’Leary). The pair are hard-working members of the Wellington constabulary’s paranormal unit who, under the supervision of Sergeant Ruawai Maaka (Pohatu), investigate supernatural occurrences that arise in the capital of New Zealand on a surprisingly regular basis.

*4/8/22 update: The CW has picked up the third season of Wellington Paranormal.

I love this show. Finally, something that is actually funny. I hope to see seasons 3 and 4 on CW

I have to listen closely because sometimes I don’t get everything. I’m getting better It’s really funny as hell. It’s wacky fun. I love it.

Have to have a sense of humor.! I love this show
You have to listen to their back and forth to catch some of the more subtle things said to each other. I actually laugh out loud most of the show.