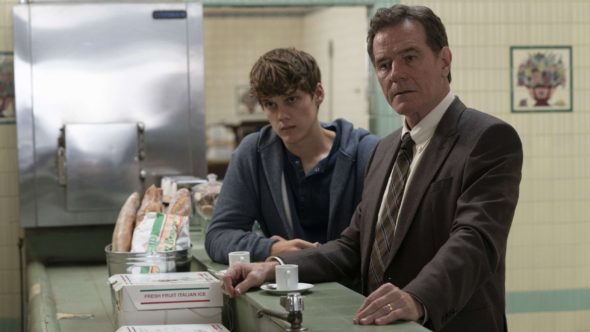 The return of Your Honor has been delayed by Showtime. The drama, starring Bryan Cranston, will return for its second and final season on January 13th. The series was originally set to return on December 11th.

The premiere date for the SHOWTIME(R) drama series YOUR HONOR has shifted. The 10-episode second season of the series starring Oscar(R) nominee and Emmy(R) winner Bryan Cranston (Breaking Bad) will debut on demand and on streaming Friday, January 13, 2023 and on-air on Sunday, January 15 at 9 p.m. ET/PT. The first season of YOUR HONOR ranks as the top debut season ever on SHOWTIME.

YOUR HONOR stars Cranston as Michael Desiato, a respected New Orleans judge whose upstanding life is derailed when his teenage son’s accidental hit-and-run killing of the son of notorious crime boss Jimmy Baxter (SAG Award winner Michael Stuhlbarg) led to a high-stakes game of lies, deceit and impossible choices. Emmy nominee Hope Davis (Love Life, American Crime) stars as Jimmy’s wife, Gina, who is at times more dangerous and driven than her husband, and Isiah Whitlock Jr. (The Wire) stars as Charlie, a local politician and Michael’s best friend. Andrene Ward Hammond stars as Big Mo, the formidable leader of the Desire Gang, with Keith Machekanyanga as Little Mo, her right-hand-man. Lilli Kay stars as Fia Baxter, Jimmy’s daughter who is forced to reckon with the true nature of her family as she deals with the aftermath of her boyfriend’s shooting (by a bullet that was intended for her brother). Jimi Stanton is Carlo Baxter, Jimmy’s only surviving son who wants to follow in his father’s criminal footsteps; and Benjamin Flores Jr. is Eugene, whose attempt to avenge his brother’s death has created a new chain of events that threaten to start a war on the streets of New Orleans. Season two guest stars include Oscar and Emmy nominee Rosie Perez (The Flight Attendant), Emmy winner Margo Martindale (The Americans) and Amy Landecker (Transparent).

What do you think? Are you excited to see the second season of the Your Honor TV series?