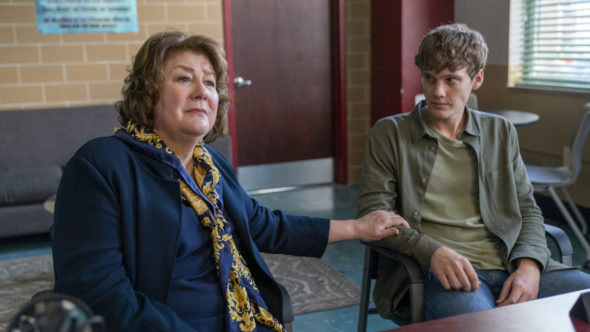 Could there possibly be a happy ending in the first season of the Your Honor TV show on Showtime? As we all know, the Nielsen ratings typically play a big role in determining whether a TV show like Your Honor is cancelled or renewed for season two (in this case, this show seems to be a close-ended mini-series). Unfortunately, most of us do not live in Nielsen households. Because many viewers feel frustrated when their viewing habits and opinions aren’t considered, we invite you to rate all of the first season episodes of Your Honor here.  *Status update below.

A Showtime legal thriller, the Your Honor TV series stars Bryan Cranston, Hunter Doohan, Michael Stuhlbarg, Hope Davis, Carmen Ejogo, Isiah Whitlock Jr., and Sofia Black-D’Elia, with guests Maura Tierney, Amy Landecker, Margo Martindale, Lorraine Toussaint, Chet Hanks, Lamar Johnson, and Lilli Kay. Michael Desiato (Cranston) is a highly-respected New Orleans judge whose personal and professional lives are turned upside down when his teenage son, Adam (Doohan), is involved in a hit-and-run. This leads to a high-stakes game of lies, deceit, and impossible choices for both of them. Meanwhile, Jimmy Baxter (Stuhlbarg) is the much-feared head of a crime family and the husband of Gina (Davis), who might be even more dangerous than her husband.

What do you think? Which season one episodes of the Your Honor TV series do you rate as wonderful, terrible, or somewhere between? Do you hope that Your Honor should be renewed for a second season on Showtime? Don’t forget to vote, and share your thoughts, below.

Great series keeps you on the edge of your seat. Great casting IMHO. What’s freaky to me also is how as a burnett Hope Davis look so much like Carolyn Jones. I hope there is a season two.

As are all things Bryan Cranston, this series is wonderful! I seriously hope this is not the end! We need to know what happens to Little Man and how Bryan’s character deals with this horrific end to season 1! Please, please do not end it there!!!

Bryan Cranston’s wonderful in Your Honor! It is an amazingly good show. I just watched episode 9 and don’t want this show to end. Please make it possible for there to be more seasons!

I was hooked from the start

Best show ive seen. It had me at the edge of my seat. I love it. I hope there is a second season.

I totally agree. When one episode ended I couldn’t wait for the next to begin. Although the first and tenth episodes were gut wrenching I would love to see where the story goes from here. I did read that this series is based on an Israeli series called ‘Kvodo’, which has actually added a second season. So C’mon Showtime!

YOUR HONOR IS EXCELLENT.WE ARE EXPECTING THE SECOND SEASON…

Please renew this show! Very good, Bryan Cranston is an ace actor and director. Clever writers can turn the dramatic finale into another season, at least; maybe more?

Omg why did you leave so many things undone? Very disappointed

Hopefully that means the series isn’t done yet. Maybe they want to get viewers reactions!