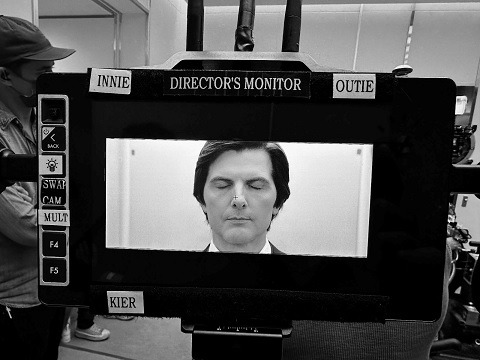 The series follows a company that has an interesting way of handling a work-life balance for its employees.

Apple TV+ revealed more about the series’ return in a press release.

Apple TV+ today announced that principal photography is officially under way for the second season of its Emmy Award-winning and globally celebrated workplace thriller “Severance,” from creator and writer Dan Erickson and director and executive producer Ben Stiller, and produced by Fifth Season.

“We are thrilled and delighted to be back on set for the exciting second chapter of ‘Severance,'” said

“Severance” director and executive producer Ben Stiller. “Though we don’t know how long we’ve been gone or who we are outside, we are told people enjoy the show and we couldn’t be happier. Praise Kier!”

· Oscar and Emmy Award-nominee Bob Balaban (“The Chair,” “The Politician,” “The French Dispatch,” “Isle of Dogs”)

Since the season one premiere of “Severance” earlier this year, the series has continued to receive broad acclaim, as well as spark global conversations. The freshman season landed 14 Emmy Award nominations, including Outstanding Drama Series, and took home awards for Outstanding Music Composition for a Series and Outstanding Main Title Design.

In “Severance,” Mark Scout (Adam Scott) leads a team at Lumon Industries, whose employees have undergone a severance procedure, which surgically divides their memories between their work and personal lives. This daring experiment in “work-life balance” is called into question as Mark finds himself at the center of an unraveling mystery that will force him to confront the true nature of his work … and of himself.

The complete first season of “Severance” is now streaming on Apple TV+.

A premiere date for Severance season two will be announced later.

What do you think? Are you excited about the return of Severance on Apple TV+?