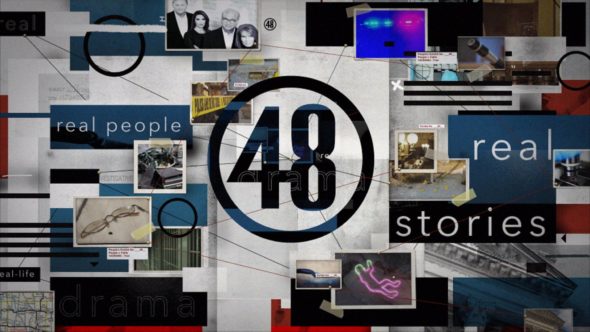 Would it be a crime for this venerable series to be cancelled? Is the 48 Hours TV show cancelled or renewed for a 32nd season on CBS? The television vulture is watching all the latest TV cancellation and renewal news, so this page is the place to track the status of 48 Hours, season 32. Bookmark it, or subscribe for the latest updates. Remember, the television vulture is watching your shows. Are you?

Airing on the CBS television network, the 48 Hours TV show investigates cases of crime and justice that touch on all manners of the human experience. The investigative reporting on this program has seen cold cases to be reopened and solved, as well as wrongly convicted people to be set free. Correspondents in the show’s 31st season include regulars Erin Moriarty, Peter Van Sant, Maureen Maher, and Richard Schlesinger, as well as occasional reports by other CBS News reporters.

Although it premiered with better numbers than last season’s, it is still too early to predict whether CBS will cancel or renew 48 Hours for season 32. I’ll keep an eye on the Nielsens and update this page with breaking developments. Subscribe for free 48 Hours cancellation or renewal alerts.

What do you think? Do you like the 48 Hours TV series on CBS? Are you glad that it’s been renewed for a 32nd season?

48hrs is a well thought out, very interesting, well reported show. It gives a voice to people who are in difficult situations due to various factors and hopefully can bring closure to them. This show really needs to run for several more years!