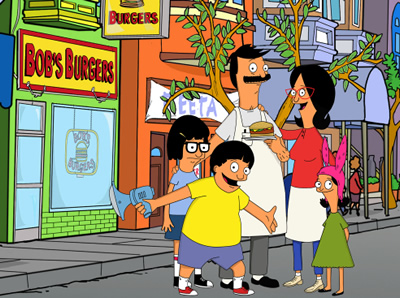 i love this show. i would like to have a bobs burgers kitchen set. for example never knew about topsy until the ep.

Stupidest thing I have ever seen. No wonder today’s youth is brain damaged.

Love it, keep it coming!

one of the worst shows on TV

[…] The Simpsons, Family Guy and American Dad have already been renewed for 2013-14, Bob’s Burgers has not. Last season was down in the ratings — will this season fall lower and see the show […]