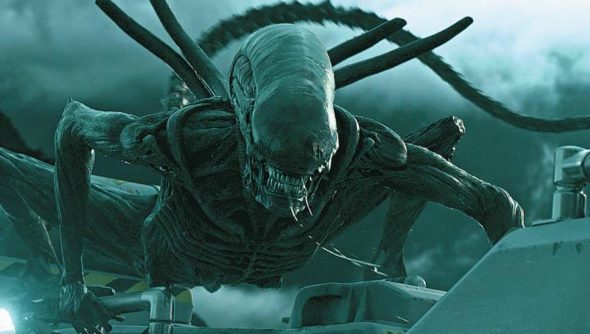 Alien is coming to FX, and the man in charge of the network offered a new tease for the prequel series at the TCA’s. With the return of the franchise, a lot of fans are wondering if they will see an early incarnation of Ripley – the character played by Sigourney Weaver in the films.

Per Deadline, FX Chief John Landgraf said the following about the upcoming series from Noah Hawley:

“There are some big surprises in store for the audience. Alien takes place before Ripley. It’s the first story that takes place in the Alien franchise on Earth. So, it takes place on our planet. Right near the end of this century we’re in — so 70-odd years from now.”

The exec also said: “Noah has this incredible ability, and I think you’ve seen it with Fargo, to both find a way of being faithful, showing fidelity to an original creation like a Coen brothers’ movie, or in this case, Ridley Scott’s and James Cameron’s follow-up, Aliens, but also to bring something new to the table that represents extension and reinvention of a franchise at the same time.”

Hawley will be filming the fifth season of Fargo ahead of Alien because the former series needs to be filmed during the winter months in the Midwest. Casting and a premiere date for the series will be announced at a later time.

What do you think? Are you excited to see more from the Alien franchise?

I can hardly wait to see it! I sure hope it’s well-written and fits well as the franchise’s prequel.

Way to go John Landgraf !!! I will be watching

The “Alien” franchise has been a favorite of mine for years. I’m very excited to see what Hawley does with this.