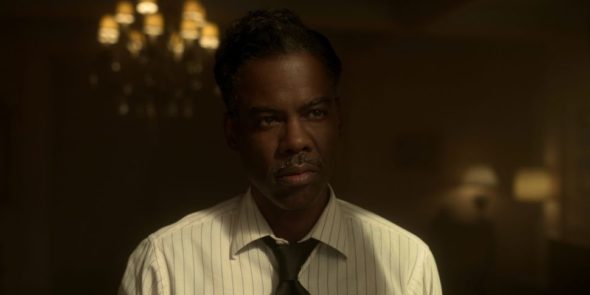 It sounds like the end is near for the Fargo anthology series. Series creator Noah Hawley is expecting to end the drama with its fifth season. While the FX drama has not been officially renewed, it appears Hawley has a standing invitation to make new seasons when a suitable idea can be found that he and the cable channel excecutives like.

Hawley spoke about Fargo in a recent interview with Vanity Fair:

What’s next for you? Is there a season five in the works for Fargo?

eah, I think so. I don’t have it yet. I have pieces that will have to survive. They’re not connected. I think it would be good to create an ending, and deliberately come to something, knowing it’s the last one and see how one might wrap up this anthology.

Hawley is currently working on a new Alien TV show, a prequel to the popular Aliens film series. Of that project, he said:

It’s not a Ripley story. She’s one of the great characters of all time, and I think the story has been told pretty perfectly, and I don’t want to mess with it. It’s a story that’s set on Earth also. The alien stories are always trapped… Trapped in a prison, trapped in a space ship. I thought it would be interesting to open it up a little bit so that the stakes of “What happens if you can’t contain it?” are more immediate.

What do you think? Do you want a fifth season of Fargo on FX? Would you be sad to see the series end with that season?

I loved the series. I don’t want it to end☹️

Season 4 was so great and I almost didn’t watch it. I’d watch it all again so I hope they reshow it. Even though Chris Rocks character was sort of an Anti Hero I was sad to see what happened to him.

It’s always a long time to see the next season of Fargo but I’m glad we may see a season 5. Make it snappy (Quick)

I can’t get enough of Fargo. Each series has been wonderful and I particularly loved Chris Rock in the last one. I hope Fargo never ends. All the actors did great jobs in each series and I thought all the storylines were really clever and addictive. Please bring it back. I’d even watch reruns.

Yes please bring season 5. It is a great show with good stories. I look forward to seeing it. Would be very sad if it ended this season. Rethink about doing more please !!!

Season 4 had some good moments and themes but was a bit overstuffed. Hope they can go out on a high note, maybe tie the seasons together in creative ways–as they’ve done already.

I loved each season, good story lines and how they are true events. Have had many good actors playing the characters. It shows us that these things have always happened, we just know more about often due to media platforms today.

Fargo so good last season and first season watch it after that don’t care ridiculous stupid glad going to be cancelled after next season.

First 2 seasons were good. But the next 2… ugh, better not speak.

If you get a second chance, watch season 4. I wasn’t going to watch it after watching the first episode, but I read that Timothy Olyphant was in the show, so I hung in there. It was worth it and turned out to be even better than the first 2 seasons.

We are big Fargo enthusiasts and definitely would like not only Season 5 but even more after that.