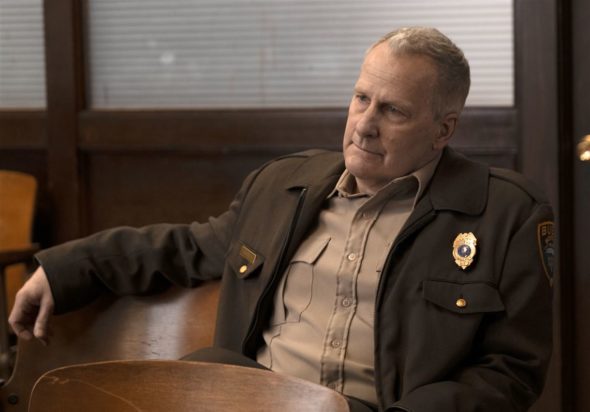 American Rust is headed to Showtime. The cable channel has now set a premiere date and released a trailer for the family drama which stars Jeff Daniels and Maura Tierney. The rest of the cast includes Bill Camp, David Alvarez, Alex Neustaedter, Julia Mayorga, Mark Pellegrino, and Rob Yang. The nine-episode series, based on a novel by Philipp Meyer, will arrive in September.

Showtime revealed more about the upcoming series in a press release.

Based on Philipp Meyer’s celebrated debut novel, AMERICAN RUST is a compelling family drama and a timeless story of wanting a brighter future while being held prisoner by the past. The story of survival and transcendence is told through the eyes of complicated and compromised chief of police Del Harris (Daniels) of a Pennsylvania Rust Belt town full of good people making bad choices. When news of a murder rips through the town, Harris must decide what lengths he is willing to take to protect the son of the woman he loves (Tierney).”

Check out the American Rust trailer below.

What do you think? Do you plan to check out American Rust on Showtime?

On Broadway To Kill A Mockingbird one of the best shows right now. Look forward new series sound good and interesting.