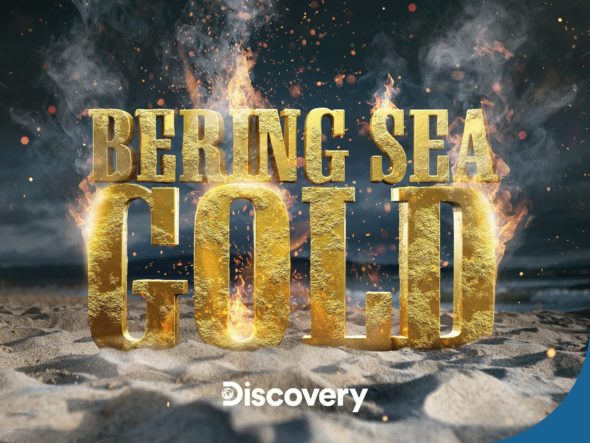 Bering Sea Gold is returning to Discovery Channel next month for its 17th season and the new episodes will feature an appearance by Jane Kilcher of Alaska: The Last Frontier. The reality series follows miners working in the Bering Sea and the upcoming season takes Captains Shawn Pomrenke and Kris Kelly to Nome, Alaska.

In the depths of the unpredictable Bering Sea, miners are willing to risk it all for the chance to (literally) strike gold. And even with the best-laid plans, mother nature has the final say for these seasoned miners and average joes alike who are on the hunt for the biggest money-making claims they can dig up from the bottom of the sea. But this summer will be the most explosive Nome, Alaska has ever seen as a longstanding feud reignites and unexpected newcomers enter the fray to make their mark when “Bering Sea Gold” returns Tuesday, Dec. 6 at 8PM ET/PT on Discovery Channel.

In the all-new season of “Bering Sea Gold,” empires are expanding, and the legendary rivalry between Shawn Pomrenke, Nome’s “Mr. Gold” and Reaper Nation captain Kris Kelly comes to a head. With his massive new excavator dredge The Mistress, Kris attempts to go toe-to-toe with Shawn by encroaching on his mining grounds at Tomcod. The two Captains become locked in an epic dredge vs. dredge turf war that escalates to an unforgettable knock-down-drag-out showdown at the dock. But that’s just the start!

Later in the season, Vernon Adkison, who is building his kingdom on Claim 56, risks a search and rescue mission after a late season storm sends the miners to the safety of the harbor. But when one dredge in the fleet stranded, Vernon battles the violent sea in his custom-built Gold Ship dredge to search for the lost miner and fulfill “The Miner’s Code” where no man is left behind.

Audiences will also see the return of some familiar faces as well as some exciting new blood to the Bering Sea. The Eroica dredge captain, Emily Riedel, newly married and looking to start a family, brings an old friend into her mining operation that will surely take Nome by storm: none other than “Alaska: The Last Frontier” star Jane Kilcher. While it’s Jane’s first time in Nome, she has plenty of experience under her belt in Alaska as a commercial fisherwoman and homesteader. But will that experience help her in the hunt for gold? Vernon Adkison also experiences a blast from the past when notorious former crew member “Hurricane Dave” suddenly reappears on the Nome shore.

There’s no shortage of drama with a mining season that’s too good to pass up, and every miner is giving it their all for a chance to score the ultimate payoff.

In addition to watching the series on Discovery, viewers can stream past seasons of “Bering Sea Gold” on Discovery+. Viewers can join the conversation on social media by using the hashtag #BeringSeaGold, as well as follow Bering Sea Gold on Facebook, Instagram, and Twitter for the latest updates.

What do you think? Are you excited about the return of Bering Sea Gold on the Discovery Channel?

So do people actually watch this sort of stuff, i mean, how boring could it be? What is there to like about this premise? Sea sick, botox, typhoons, hurricans, drowning, and for what, some sodding gold. Go down the local jewellery stores, there is plenty thse without boring the world to the actual death of people.

Well sounds like this year we are in for an AWESOME BERING SEA GOLD SHOW ! I for one am anxious to see what is going to happen because if Jane Kilcher of Alaska: The Last Frontier is half as good on Bering Sea Gold she will be the gold getter on Bering Sea Gold YESSSSSSSS