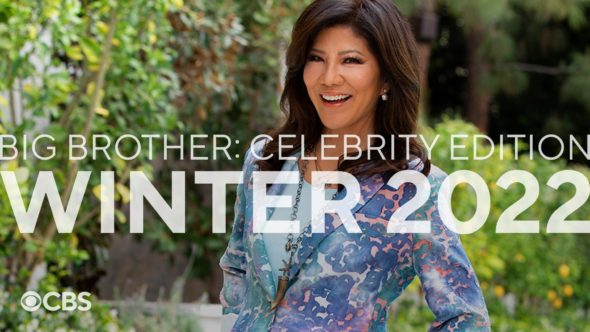 The Big Brother house is going to be occupied in Winter 2022. CBS has renewed the Big Brother: Celebrity Edition series for a third season. We know that Julie Chen Moonves will return to host but the participants will be named at a later date.

Here’s the CBS press release with some additional details about the third season renewal:

CBS announced today that BIG BROTHER: CELEBRITY EDITION will return on the Network for a third season in winter 2022, with an all-new group of celebrities living together in the BIG BROTHER house outfitted with 94 HD cameras and 113 microphones, recording their every move 24 hours a day.

The upcoming winter edition will also be available to stream live and on demand on Paramount+, where fans will also be able to watch the 24/7 live feed and find exclusive content throughout the season. Julie Chen Moonves returns as host. Celebrity house guests, air schedule and additional details will be announced at a later date.

The current summer edition of BIG BROTHER has all three weekly broadcasts as top 10 summer programs in viewers, and top three in both adults 25-54 and adults 18-49.

Check out our CBS status sheet to track the Tiffany network’s new series pickups, renewals, and cancellations. You can find lists of cancelled shows here.
What do you think? Have you watched the Celebrity Big Brother TV series? Are you glad to hear that this CBS show has been renewed for a third season?

BB and CBB are my favorite shows…so, ‘thrilled’ can’t even describe it for me

Never had and will never watch it