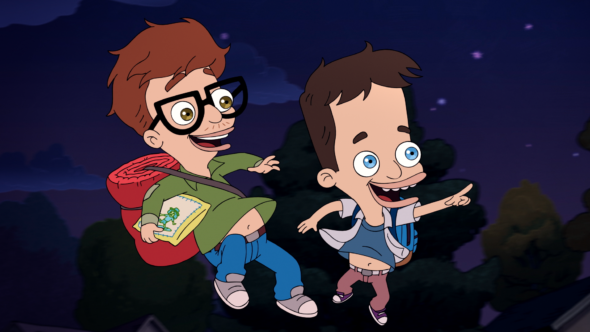 Big Mouth is back just in time for the new school year. Today, Netflix announced the TV show’s second season will debut in October.

Check out the announcement and more info below:

Mouth, returns on October 5th, picking up right where it left off, and 7th grade is even more embarrassing than ever. This season the gang is still grappling with all of the emotional baggage that comes with growing up. As their hormones continue to rage, they are confronted with the awkward realities of self discovery, body image shame, birth control, and countless other excruciating adolescent moments.

Big Mouth is a 10-episode, half-hour edgy adult animated comedy from real-life best friends Nick Kroll and Andrew Goldberg about the glorious nightmare that is teenage puberty. Comedian John Mulaney lends his voice to the character of Andrew, while Kroll (who serves as co-creator, executive producer) voices many including best friend Nick. Maya Rudolph, Jason Mantzoukas, Jordan Peele, Fred Armisen, Jenny Slate and Jessi Klein are among those who lend their voice to the series. Nick Kroll, Andrew Goldberg and screenwriter-directors Mark Levin & Jennifer Flackett are all creators and executive producers on the series. Big Mouth is a Netflix production.”

What do you think? Have you seen Big Mouth? Will you watch season two?

Love this production!! I can’t wait!